How is party wall damage dealt with and who pays for it? 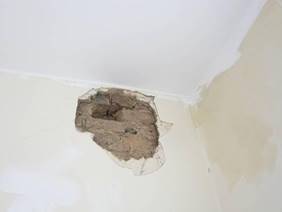 Is your neighbour about to begin a home renovation project that might include a loft conversion or an extension? Or are you the homeowner embarking on an extensive property renovation project? Party wall Awards are of great importance to safeguard both parties from unnecessary disputes and conflict between neighbours.

Essentially, a party wall is the shared wall, usually between a terrace or semi-detached house, and divides the homes of two separate owners. It may also include garden walls built over a boundary and excavations close to a neighbour’s property (within three or six meters, depending on the depth of the new foundations). Party wall Awards are most commonly needed for building projects that involve loft conversions, basement excavations, internal renovation and extensions.

Damage caused by works notifiable under the party wall etc. 1996 Act to a neighbour’s (adjoining owner) property is referred to as party wall damage and in most cases, the onus lies upon the building owner to make good the damage.

In an ideal situation, the following procedures should be undertaken:

Point c) – completion of a Schedule of Condition Report is an important step, especially for the building owner and should be undertaken by an experienced Party Wall Surveyor. This report consists of a detailed survey (usually both written and photographic) of the condition of those areas of the adjoining owner’s property which might be affected by the works before construction begins. This protects both the building owner and the adjoining owner in the event of any damage to the adjoining property being reported.

So, what happens if the adjoining owner reports damage to his or her property because of the building work?

Once the appointed party wall surveyor(s) have been notified there are three possible routes to go down, all at the choice of the adjoining owner.

How is the cost of the repair determined?

This is probably the most important question with the potential to cause maximum conflict between neighbours.

Alternatively, The Royal Institute of Chartered Surveyors (RICS) recommends the use of a cost guide to determine repair costs. The Building Cost Information Service of BICS is the industry standard cost guide that most party wall surveyors refer to. Once the cost is determined, the building owner is notified to transfer the amount to the adjoining owner, allowing them to commence repair work.

So, if you or your neighbour are planning a loft conversion or an extension and need guidance on Party Wall Awards, please contact us on 020 8381 3910. or message us by clicking on the aforementioned link (https://arunassociates.co.uk/contact-us/

With over 20 years’ experience in dealing with Party Wall Awards, Arun Associates will give you the best possible advice for your specific situation. Our initial advice about how the Act applies to your project is FREE with no obligations, so you’ve got nothing to lose by giving us a call.