Party Wall Compensation and Inconvenience: All You Need to Know

Party Wall Compensation and Inconvenience: All You Need to Know 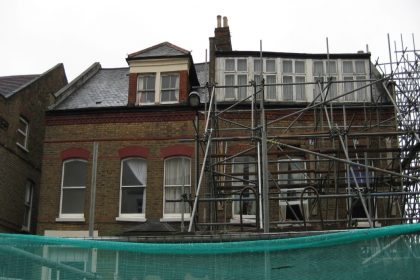 Do you know which section of the Party Wall Act is the most likely to come across a litigator’s desk?

According to this section, the Building Owner carrying out any form of work in pursuit of this Act will have to compensate for any loss or damage faced by Adjoining owner or occupier in the process. 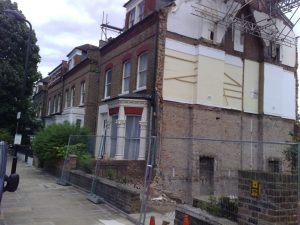 Generally, any kind of reconstruction and building work produces noise, dust, and other problems. It is not uncommon for neighbours to face loss, damage, or inconvenience. The common law understands this and expects them to put up with these issues unless the builder has failed to do the work considerately. The Building Owner on the other hand is required to carry out the works while complying with health and safety rules and environmental protection laws. They must try their best to keep the inconveniences to a minimum, and work within time restrictions.

Adjoining owners should tolerate ‘reasonable’ disturbance. However, in extreme cases, where they end up facing quantifiable loss, such as a loss of rent or loss of customers or profit for their business, they can certainly ask for compensation.

Section 7(1) puts the responsibility of carrying out the party wall related building work properly, and fairly on the Building Owner to minimize inconvenience for Adjoining Owners, as much as possible. However, once damage occurs to an Adjoining Owner’s property or land, then party wall surveyors need to gather the evidence and quantify the loss or damage. If it is more about loss of business profit or rent caused by inconvenience, then they may need to see records, files, etc., to back up the claim.

How the Practice Operates

In practice, party wall surveyors should prepare a schedule of condition after inspecting the adjoining property and before the party wall works start. They then check it after the works have completed, to see if any damage has been caused. In case, any damage to the property is spotted, the surveyors will need to consider whether this arose because of the carrying out of party wall related works. For example, did the excavation for the foundations of the new extension cause the Adjoining Owner’s garden boundary wall to collapse or was it the result of a heavy storm the night before?

Where compensation amounts for other financial loss has been predetermined and agreed between the parties before works commence, then that can be written into the party wall Award.

The Calculation of Compensation Amount

Typically, calculating the compensation amount is usually a relatively straightforward task for building damage. The appointed surveyors will prepare a schedule of repairs and seek competitive quotes for the remedial work. A reasonable sum for compensation is derived by the surveyors analysing those quotes and awarding accordingly. However, as per the wordings of section 7(2), the compensation amount may also cover other kinds of loss. For example, loss of trade, rent and any reduction in the value of the property of the adjoining owner. In such circumstances where a dispute remains between neighbours the party wall surveyors will usually need to call upon the expertise of other professionals such as accountants, property valuation surveyors, solicitors, etc. to establish the extent of financial loss.

Please note that the work that is considered to cause damage to the adjoining property must be authorised under the Act. If it’s something done by the Adjoining Owner by exercising their own rights of the property or over their own land, it won’t be considered as a ground to request compensation from the Building owner, under the Party Wall Act.

Moreover, should matters proceed to court because the Building Owner failed to notify the Adjoining Owner before commencing the party wall works, judges will normally award compensation damages in favour of the Adjoining owner.

If the party wall works end up damaging the adjoining property, the Party Wall Act allows the Adjoining Owner to request the Building Owner to make a financial compensation payment. In case the two parties have disputes over the cause of the damage or the compensation amount for making good, the appointed surveyors are supposed to step in and resolve the issue. This is typically confirmed in a further Award, which includes a specific timeframe to make the payment. If the confirmed payment is still not paid, the parties are free to go to the court for enforcement action or appeal.

Arun Associates is an RICS-regulated company with a professional team of party wall surveyors in London. Our experts can act as a party wall surveyor for both Building owners and Adjoining owners. In addition to an extensive understanding of the ins and outs of the Party Wall Act, they have all the relevant knowledge of party wall compensation issues.

Flexibility in our approach is the key to a good, professional, working arrangement. We operate broadly within London and Home Counties area. Please talk to us, on a no-obligation basis, irrespective of which area your property is situated in.