Party Wall Surveying Fee: All You Need to Know

Party Wall Surveying Fee: All You Need to Know 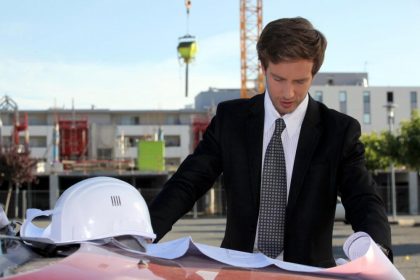 Complying with the rules of the Party Wall Act 1996 is a prerequisite if you want to make alterations to the wall you share with your neighbours or undertake excavations close to their property. You will need to serve them with written notice of your intention to carry out those works.

The notice period varies from one to two months depending on the type of works required. Upon receiving the notice, the adjoining owners have the following three options:

Now, you may be wondering about the party wall surveying fee.

Who is Liable to Pay the Party Wall Surveying Fee?

In any typical situation where you, as a building owner, require a party wall agreement to be signed, you must pay the cost of the party wall surveyor/s appointed. And it makes sense too. Since you are the one undertaking the works, your neighbours shouldn’t have to cover its cost. Please note that in most cases, the building owner is required to pay the fee of the neighbour’s surveyor as well.

The Fees of Adjoining Owner’s Surveyor

1. The Distance between the Worksite and Surveyor’s Office

Generally, the longer it takes for the surveyor to reach the worksite, the higher their fees will be. Usually what happens is that the building owner’s surveyor comes up with an estimated travel time while taking into account important factors like roadworks, congestion, and other unexpected events. This is a safe way to ensure that the adjoining owner’s surveyor’s fee doesn’t get out of control.

2. The Complexity of the Works Required

Another crucial factor is the quality of the Draft Award document the building owner’ surveyor prepares and the effort they put in for the schedule of condition of the adjoining owner’s property. Needless to say that if your surveyor does a good job in the sense that they produce a detailed, accurate Party wall Agreement document, the adjoining owner’s surveyor will ultimately have to put in fewer efforts. With fewer things to do, they’ll be able to finish the job in less time.

4. The Information and Resources the Adjoining Owner’s Surveyor Has Access to

Again, the quantity and quality of the information the adjoining owner’s surveyor has access to plays an important role in determining reasonable charges for their service. The more resources they have access to, the less time it will take for them to complete the task.

The Adjoining Owner’s surveyor can assist in keeping fees down if he is able to call upon the resources of a less experienced colleague at a lower hourly rate to undertaken some of the  ‘leg-work’ such as attending site inspections and reviewing the schedule of condition record. Incidentally the same principal applies when a surveyor acting for the Building Owner is providing a fee proposal.

Understanding the Timesheet of the Adjoining Owner’s Surveyor

Considering that each project is unique, there’s no definite answer to how the adjoining owner’s surveyor’s timesheet looks like. This is also why it is impossible and perhaps unfair to decide a fixed quote for both the surveyors’ fee upfront.

That being said, the following are the common tasks included in the timesheet of the adjoining owner’s surveyor.

Please note that the last two tasks on the list are done only after the parties have agreed on a fee. Therefore, the time for the completion of these tasks is an estimate.

In case the two surveyors are unable to reach an agreement and finalise a negotiated price, a third surveyor may be brought into the picture. This appointed surveyor acts as a neutral party and impartial arbitrator to decide a fair fee for the surveyors. That being said, people usually don’t like to involve a third surveyor in order to keep the costs to a minimum. Please note that the third surveyor’s fee can be apportioned between the two parties.

The Adjoining Owner Paying for the Party Wall Surveying Fee: Is it Possible?

According to the Party Wall Act and section 11(4), the party wall surveying fee will be shared between the building owner and adjoining owner  when, for example, the former proposes to take down and rebuild a shared garden wall that has been defective as a result of neither party causing or being responsible for that defect. In such cases, since the works benefit both the parties, distributing the surveyor’s fee is only fair. However, if a tree belonging to the Building Owner had caused damage to the garden wall then it is only fair that the Building Owner bears most if not all his surveyor’s fees and that of his neighbour’s.

In addition to this, the adjoining owners will have to contribute for the fee of the party wall surveyor if:

Arun Associates is an RICS-regulated company with a professional team of party wall surveyors. Our experts can act as a party wall surveyor for both building owners and adjoining owners. In addition to an extensive understanding of the ins and outs of the Party Wall Act, they have excellent negotiation skills.

No matter how simple or complex your project is, feel free to get in touch with us so that we can help you determine the best course of action for a seamless experience. Our aim is to reduce the project duration while ensuring that you get the best value in terms of the work done.