What are the obligations of the Building Owner to make good party wall damage and how would it be dealt with? 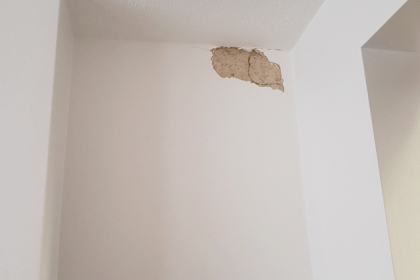 I suspect your perception is that party wall related works damage is the responsibility of the Building Owner to put right either by getting his builder to make good or pay a financial compensation to the neighbour. It is only fair and reasonable at the end of the day you may think? To all intents and purposes the aforementioned viewpoint is correct however there are some quirks in the Party Wall Act that need to be considered.

It should be noted that the Building Owner’s obligation to make good the damage to his neighbour’s property is only applicable for certain notifiable party wall related works under Section 2 (2) (a) (e) (f) (g) (h) and (j). Situations where this could apply include: – 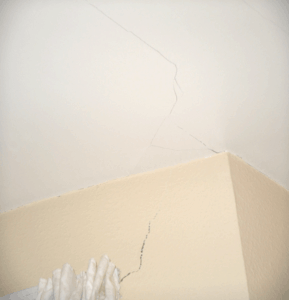 The Building Owner has no obligation to make good damage in respect of other party structure related works or in the event of carrying out adjacent excavation (as defined under Section 6 of the Act). So, if the building owner is excavating or piling within three or six metres and has failed to adequately support his neighbour’s land and caused their building to move and crack then a financial compensation settlement to put right the financial loss suffered is the only relevant address mechanism under Section 7(2) of the Act.

Often making good damage is the Building Owner’s preferred choice as he will be to exert a greater level of financial and contractual control upon his builder to ensure it is carried out. However, there is no guarantee that it would be carried out to a satisfactory standard.

At Arun Associates we often confront situations where the neighbour who has suffered the damage does not want the Building Qwner’s contractor to make good or repair their building. This usually arises where there is a breakdown of trust in the capabilities of that contractor to properly make good damage. After all the builder has been incompetent enough to cause this damage in the first place so why should I trust him? Also, it may not be convenient for the Adjoining Owner to have repairs carried out to their property while their neighbour’s contractor is on-site.

So, can the Building Owner insist on his contractor making good damage for those works he is obligated to do so under the Party Wall etc Act 1996? 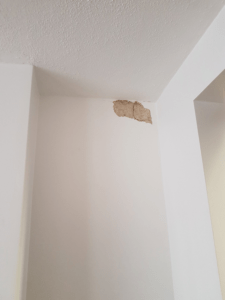 The bottom line is that damage can be dealt with in a consensual way between neighbours without having to involve any of the appointed party wall surveyor(s). After all the likelihood of some damage occurring may be unavoidable due to the condition or an inherent weakness of the neighbouring property or party structure being worked on. However, if there remains a dispute than it is for the appointed party wall surveyors or joint surveyor to agree upon the scope of repairs and redecorations, time, manner and if the Adjoining Owner insists a financial compensation for making good that damage. The process by which the appointed surveyor(s) carry out this determination will be covered by me under a future posting.

If you have any issues or concerns relating to potential damage in respect of your forthcoming project or your neighbours project you are welcome to call us on 020 8381 3910 or message us at Arun Associates by clicking here.