What are the risks of Party wall damage from a loft conversion and what to do to reduce the risk? 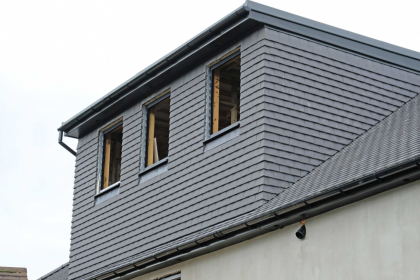 Given the expense of buying a larger property and inconvenience of moving many homeowners consider extending into the loft space a good proposition to acquire the additional space they need.

The likelihood of damage occurring will often depend on a number of factors which include the robustness of the party wall and neighbouring building and whether sufficient thought and care has been undertaken by the structural design and contractor teams involved in the project to ensure all necessary design and protection considerations are put in place before any works start.

In the majority of cases such projects involve the insertion of steel beams which are supported on steel spreader plates into the party wall/s in order to support the load of the beams. In order to insert the beams within the party wall pockets will need to be cut into the party wall however this should not be greater than half the thickness of the wall. Great care needs to be taken by the building owner’s contractor when undertaking this operation as there is a risk that brickwork can be pushed excessively in the neighbour’s direction potentially resulting in bulging, plaster cracking and decoration damage showing on the neighbour’s side of the wall. Worst case scenario hole(s) can be punched through for the full thickness of the wall with all the consequential distress and inconvenience that causes.

The risk of damage from the steel beam insertion is increased when working on older properties (pre 1945) where the party walls were generally built of a lower quality brick and may be held together by a weak or perished mortar. When drawing up party wall Awards at Arun Associates we would insist that hand tools are used to carry out the cutting operation into the party wall and the use of percussive drills (such as Kangos, etc) should be avoided at all cost.

Most loft conversions involve replacing the roof coverings. Where there are no parapet walls between attached properties particular consideration will need to be given where the new roof tiles meet with the neighbour’s existing roof tiles at the party wall line. Unless care is taken the neighbour’s roof tiles can be displaced and damage affected to rainwater gutters and downpipes. Often the new and old roof tiles do not match and unless the junction between them is suitably weathered there is a possibility that leaks can occur at the party wall junction at some point in the future. A common solution to this problem is the installation of bonding gutters See following manufacturer’s link for outline explanation (http://www.rcimag.co.uk/sandtoft-blog/detailing-the-use-of-bonding-gutters)

When considering such developments many issues enter our thought process at Arun Associates and we give consideration to the following:-

While reducing the risk of damage and safeguarding the position of both the building owner and adjoining owner is fundamental in our dealings at Arun associates we also recognise there are other issues that also need to be addressed when drawing up our party wall Awards or agreements. Following the service of Notice don’t assume the neighbour will agree formally in writing and if they don’t you will need to appoint a surveyor.

We would be happy to discuss any queries you may have in respect your project or your neighbour’s project at no charge.  Feel free to call us on (020) 8381 3910 or message us by clicking on the aforementioned link  (http://londonpartywallsurveyors.com/contact-us).